How PR Took the Art World 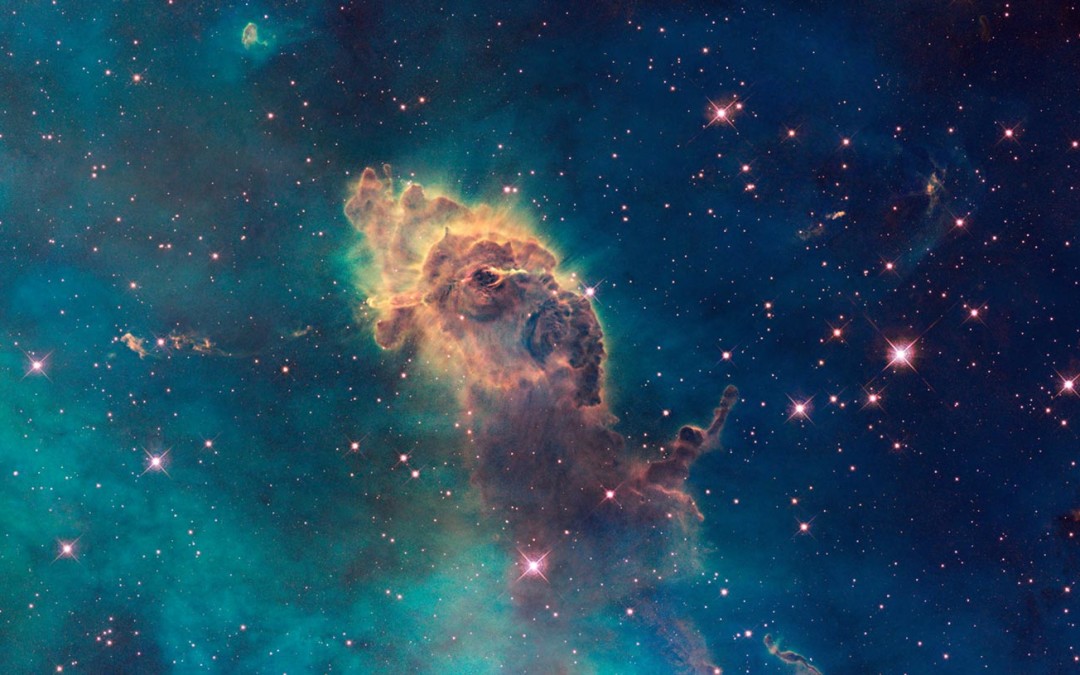 “That was covered on Perez Hilton,” PR agent Michelle Finocchi announced proudly to The Observer. She wasn’t talking about a Kim Kardashian marriage breakup or wardrobe mishap but was instead referring to an artwork, Lindsay Lohan, a short film by artist Richard Phillips, which debuted last June on the Gagosian Gallery YouTube channel and at the Venice Biennale, before getting picked up by the tabloids—all part of Ms. Finocchi’s plan.

We’d called Ms. Finocchi to ask her about PR’s incursion into the art world. Yes, PR. Before going further, let’s get the bite-the-hand-that-feeds-us stuff out of the way: this is an article about publicists and the art world. Now more than ever, PR controls access (or at least tries to) in the art world—when journalists know things, how we know things, whether or not we get to know things in the first place. We wanted to take a look at how that became the case; in what follows we’re not biting the hand that feeds us. We’re just, you know, examining it.

PR is an old industry, but it’s a relatively new phenomenon in the art world. In the mid-1990s, art PR was almost nonexistent, save for large general practice firms like Ruder Finn (which had arts divisions that handled mostly institutional clients like museums) and some burgeoning agencies like Fitz & Co. For comEven firms that have exclusively worked with museums and other nonprofits are now getting calls from the commercial side. “Six months ago, we would get one to two calls a month from galleries, artists and website entrepreneurs,” said David Resnicow, of Resnicow Schroeder, whose clients include the Israel Museum and the Menil Collection. “Now we get that many a week.” He’s considering taking on his first major commercial art enterprise.

“It’s a completely different world,” said Ms. Fitzmaurice. “You’d be hard-pressed to find anyone in the art world who would say they didn’t need PR.” And there are plenty of them out there to do the job. To name only a few of the most prominent of the publicists in New York who work with the arts and specifically with clients from the commercial world there’s Fitz & Co (Paul Kasmin Gallery, Lehmann Maupin Gallery, Sean Kelly Gallery, Gagosian Gallery), Susan Grant Lewin (Jack Tilton Gallery), Nadine Johnson (Gagosian Gallery, Marlborough Galleries), Blue Medium (Sperone Westwater), Bettina Prentice (Haunch of Venison, Bortolami) and Andrea Schwan (Hauser & Wirth). It can cost a gallery up to between $5,000 and $10,000 per month to put a PR firm on retainer. Monthly, that’s around how much it costs to place an ad or two in an art magazine; yearly, it adds up to the cost of participating in a handful of art fairs.

Of course, the art world has never lacked for publicity stunts. The high-flying ’80s had its share, but it was DIY. At her 1982 exhibition of Julian Schnabel, a collaboration with Leo Castelli, Mary Boone, then “The Queen of the Art Scene,” as New York Magazine dubbed her, presold the work, then affixed next to each painting wall labels carrying the bold-faced names of the works’ new owners—shipping heir Phillip Niarchos, Swedish financier Fredrik Roos and Cologne candy manufacturer Peter Ludwig among them. “The tactic made the few works still up for grabs twinkle with desirability,” Anthony Haden Guest wrote in New York at the time.

These days, during art fairs, PR agents send out press releases that give reporters a heads up on what artworks galleries have sold—and for how much they sold them. As recently as the early 2000s, dealers were reluctant to give out that kind of information. But they’ve since buckled to a new kind of demand from the press. “We created the tools and the tools recreated us,” said Andrea Schwan, who launched her own business in 1996 after 10 years as senior vice president at the arts PR firm The Kreisberg Group. “Speed is not necessarily the friend of art.”

In 2004, The Art Newspaper, a venerable monthly publication, launched a daily paper at Art Basel Miami Beach and went on to offer dailies at Art Basel, London’s Frieze Art Fair and New York’s Armory Show, as well; websites, too, got in on the game, providing daily coverage of fairs. Julia Joern, director of marketing/press/publications for David Zwirner Gallery, said that when, two or three years ago, she started sending out her sales report on Day 1 of the art fairs, there were only about 12 recipients. Now she sends it out to around a hundred writers and editors globally.

Art fairs have become the mecca of PR. Last December, on the eve of Art Basel Miami Beach, Nadine Johnson sent out an event list that had swelled to two pages: a dinner for Aby Rosen, a Ferrari party, a Louis Vuitton/Art.sy beachside barbecue at Soho Beach House, a dinner hosted by P. Diddy, Jimmy Iovine and Andy Valmorbida in collaboration with VistaJet and Bombardier Aerospace. “It’s a hell of a lot more work than it used to be,” said Adam Abdalla, vice president at Nadine Johnson, who says that at Art Basel Miami Beach they set up temporary offices and work 20-hour days that end only after post-event networking “at Le Baron or wherever everyone else is going to be.”

One of New York’s premier PR doyennes, Ms. Johnson has been a force since Toby Young was calling her for invites in the 1990s [see his 2001 book How to Lose Friends & Alienate People], and it was around that time that she started repping high-powered art clients like megadealer Larry Gagosian (who now, in addition to Nadine Johnson and Fitz & Co, also has in-house PR). But it’s only since 2009 that she’s had an official art division, headed up by Mr. Abdalla, whom she poached from Susan Grant Lewin. Mr. Abdalla is a veteran of art fairs. “I’ve been to 500 parties in five years,” he said, with a glint of pride.

Now, other firms are starting art divisions. The two-year-old Musmanno Group, which has specialized in fashion, music and beauty products, recently hired Ali Price, a former photographer who spent some time working for Howard Greenberg gallery, to run theirs. Chelsea’s Bryce Wolkowitz Gallery is their first client. Michele Finocchi, the one who got Richard Phillips on Perez Hilton, is one of a new breed of art PR consultants and agencies, which include Brian Phillips’s Black Frame, the rep for Frieze Art Fair’s New York edition, that operate at the intersection of fashion and art. Whether it’s the Marc Jacobs show designed by artist Rachel Feinstein or the Dior pop-up in Miami for artist Anselm Reyle, fashion and art make better bed partners than ever. “They’re kissing cousins,” said one publicist, “but it’s more like forced sex.”

But they jumped in bed together for a reason: they have a lot in common. The art world has recently achieved the same kind of event-driven frenzy as the fashion world, and PR people are required to man the gates, sometimes at their peril. Last year’s Venice Biennale achieved full Miami-fication, exemplified by the iPad-wielding Nadine Johnson reps guarding the velvet gates at the Bauer Hotel during the mob scene that was Dasha Zhukova’s Garage Contemporary Art Center party there. During a downpour, the crowds surged, and the flacks were nearly mowed down. (That was nothing compared to what happened to another PR rep at Art Basel Miami Beach in 2005. Manning the door for a particularly popular party, he was smacked with the event’s invite by a reveler who wasn’t allowed in. It was a very thick invite.)

And it’s not just the fairs. As top galleries like Gagosian and David Zwirner—the latter boasts an eight-person staff to handle marketing, press, events and archiving—have expanded, taking on more and more square footage, where they can do more and more elaborate exhibitions, they’ve introduced press previews, once the province solely of museums. Last November, some 70 journalists and art professionals turned up at Zwirner for a walk-through of a two-show opening of Neo Rauch and Michaël Borremans. And Zwirner has additional regular press events a few times a year to provide a rundown of upcoming shows.

Publicists’ power lies not so much in their sway over journalists at insider art publications, though they can facilitate access. They’re coveted for their connection to that New York Times style or food writer whom a gallery might not even think of reaching out to.

The one thing a publicist can’t guarantee a client is an exhibition review; critics, on the whole, are by nature resistant to the entreaties of PR people.

In a way, PR exposes some of the fault lines of the art world. There’s the curator who sat down with a colleague of ours at a meeting that had been set up by a PR firm and said, “I don’t do the whole PR thing.” (“These days everyone asks me ‘Who does your PR?’” said a dealer at a dinner during the Art Basel fair two weeks ago. “My exhibition program does my PR!”) And then there’s artist Richard Phillips, the client of Michele Finocchi. “It’s not absolutely necessary for an artist to try to maximize the use of new media and the effectiveness of that use, where public relations comes in handy,” Mr. Phillips told The Observer. “But if you don’t, you’re not as much in control of your message.”

Once, the art world didn’t talk about PR. Now, it talks about the right PR. As visible as she would seem to be, the right PR is a stealth warrior. She is everywhere and nowhere. She is at an art fair near you, she is on the phone, she is in your inbox.

“The right PR is like suspension in a luxury car,” said Bill Powers, gallerist and judge on the reality TV show Work of Art. “You kind of don’t feel it. And that’s how you know it’s good.”

You liked our article it? Share it with your friends: